One might assume after my recent loss as Official Deep Fried Ambassador I would act childish and refuse to go the NC State Fair. In a normal year you might be right – this year I heard about the red velvet funnel cake and decided to swallow my pride and go anyway. Yes – A Love Affair may break my heart but nothing is going to hurt my appetite.

So here we are let me run down the highlights – Italian sausage, red velvet funnel cake and ice cream from NC State’s Howling Cow. Cara took some great pictures (after the jump) and I snapped a few with the little camera as well. I failed to be impressed with how little the information booth seemed to know and how indignant the guy was when I reminded him he was sitting under a sign that said INFORMATION. Yes – I expect you to answer my question. Spent some time touring the exhibits and people watching.

Overall – another successful year at the fair. Did I mention the red velvet funnel cake? It was AWESOME. Thanks to former intern turned Department of Agriculture contact for the hook-up and knowing the answer to the most important question of the night. (+1 Paul / 0 Information Booth) If the weather stays the way it has been at night this is not a fair you want to miss. Last night was as close to perfect as you can get.

I almost forgot to mention the Old Grist Mill – maybe because it wasn’t open – but if it would have been open I would have shared a story about two friends of mine that saved it from imminent destruction with quick wit and even quicker actions. I would herald their acts of bravery but I didn’t get a hush puppy so I’m not telling you squat. Enjoy the pictures. 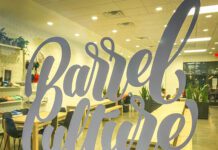 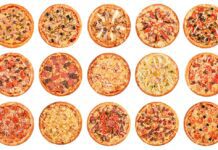 There is a lot going on in the world but Halloween

Fun checking out the decorations in Oakwood tonigh

Early voting is on in Raleigh! Find the shortest l

Needed this today! A burger from @mamacrows @trans