The NCAA Division I Men’s Basketball Tournament (known informally as March Madness or the Big Dance) is a single-elimination tournament played each spring in the United States, currently featuring 68 college basketball teams from the Division I level of the National Collegiate Athletic Association (NCAA), to determine the national championship. Played mostly during March, it has become one of the most famous annual sporting events in the United States.

Useless background to anyone in the United States. We all know about March Madness and how it drives everything we do until that magic moment when our team loses. Then it is just another random sporting event. Right now – we’re all winners. Soon – not so much.

The rules – we are playing with a seed bonus because the upset is what makes the tournament great and we all want to pick the next Cinderella Story. So if you pick a #3 seed to win in the second round you get 2 points (seed round) plus an additional 3 points (#3 seed) for a total of 5 points. That is great but if you picked #14 instead for instance you would be picking up a total of 16 points.

Good luck – this is just for fun and bragging rights so nothing to lose or win except the most important thing – pride. And watch out picking Duke or Kentucky. 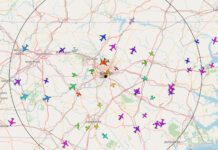