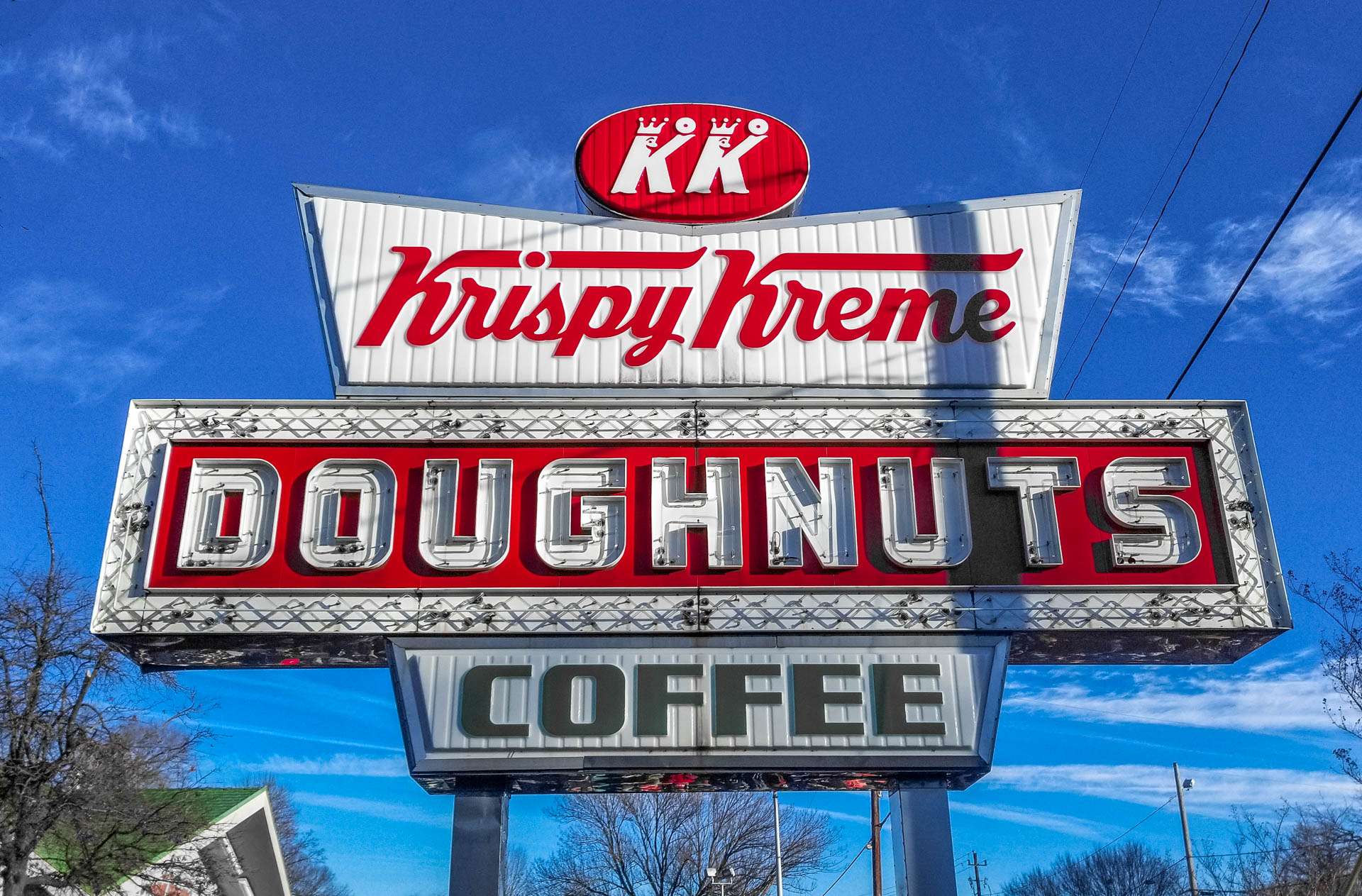 This may not have been the coldest Krispy Kreme Challenge we’ve ever run but starting 21°F had to be close. This one of our favorite races and not just for the course (which I really liked) or the doughnuts (which I did not eat) but for the people who come out for this fun tradition that supports the UNC Children’s Hospital in Chapel Hill, NC.

Having bragging rights as #85 on the “102 More Things You Gotta Do Before You Graduate” by Sports Illustrated, “#1 Thing to Do Before You Graduate.” by N.C. State Student Government, and One of Denise Malan’s The Runner’s Bucket List: 200 Races to Run Before You Die – this is a race you need to run. More than anything this speaks to the unique environment of Raleigh and NC State that can host and support such a great event. 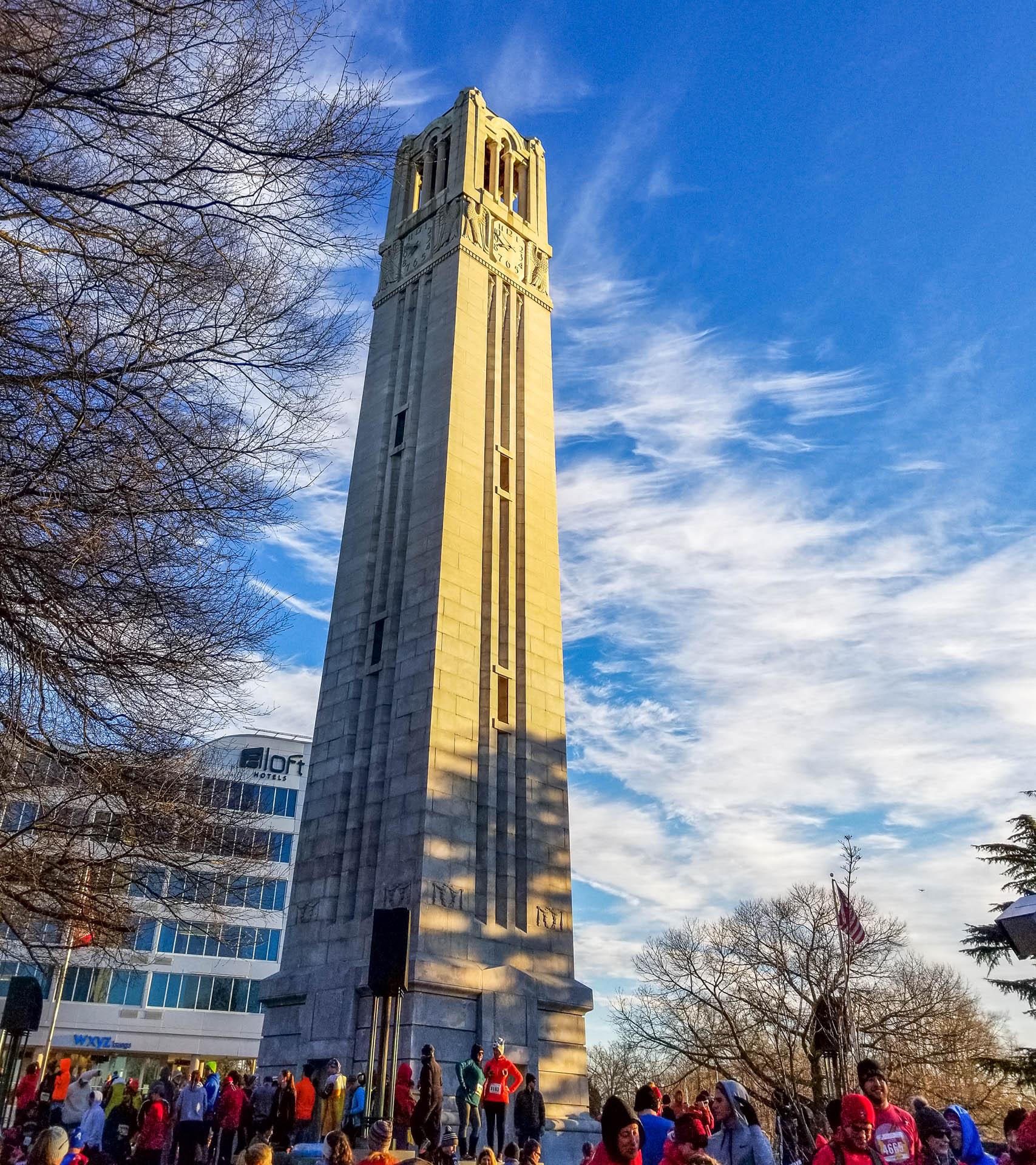 It was cold at the starting line but the NC State Memorial Tower looked awesome in the morning winter sky. This is where the run begins and ends.

The costumes in this race rival Disney races and in some ways are more creative. Not being confined to a Disney, Marvel or Star Wars motif really leaves things wide open. 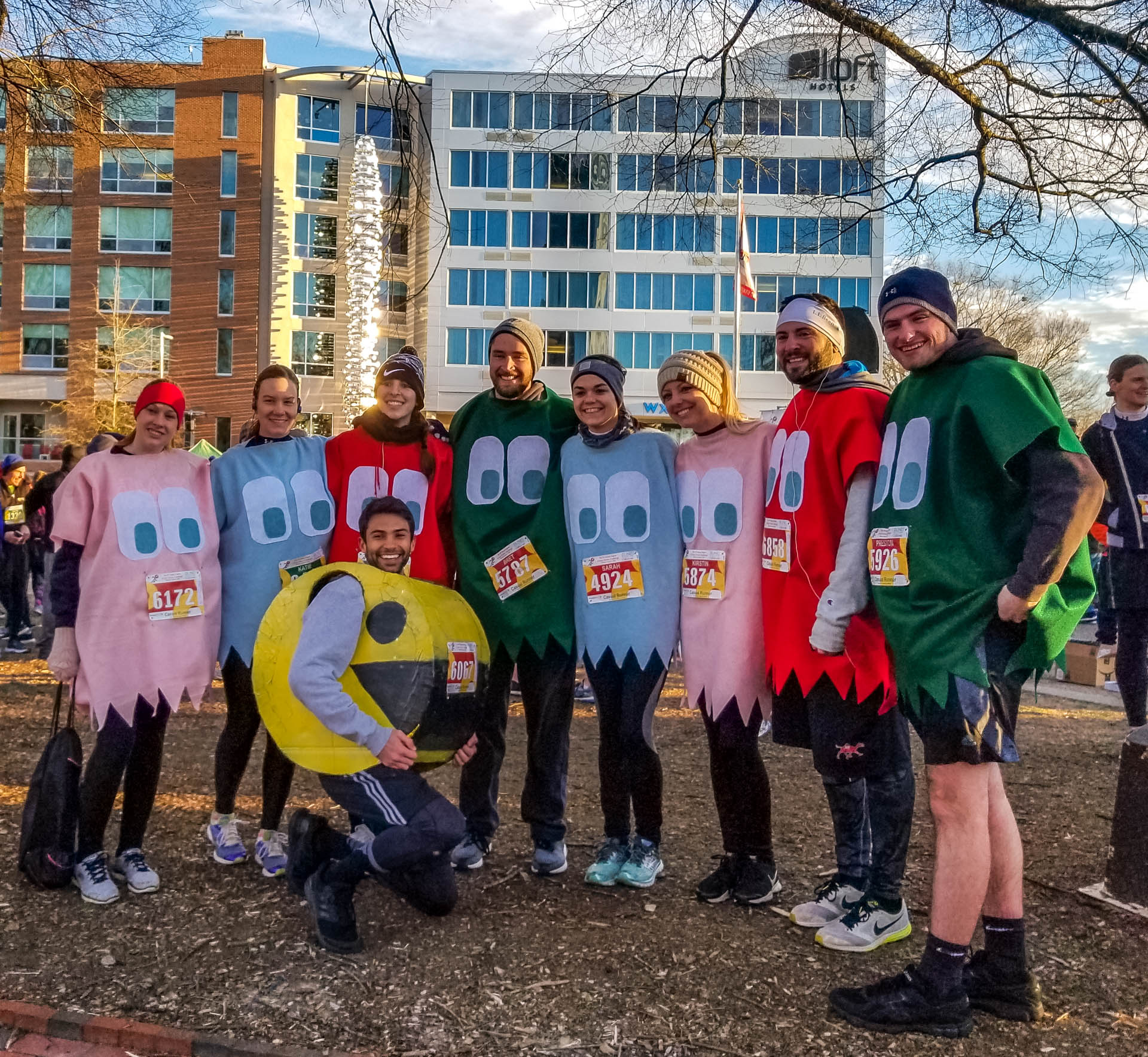 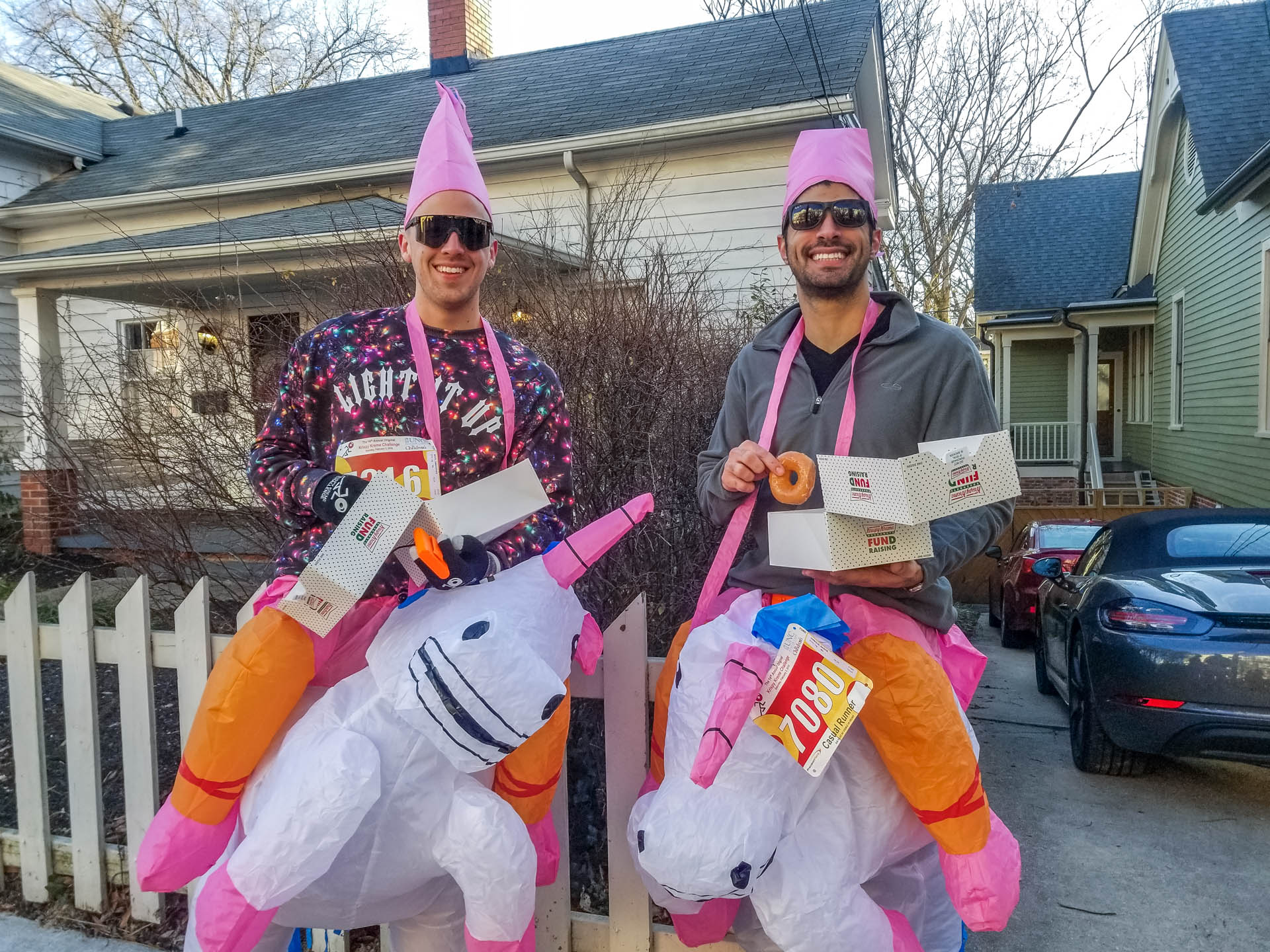 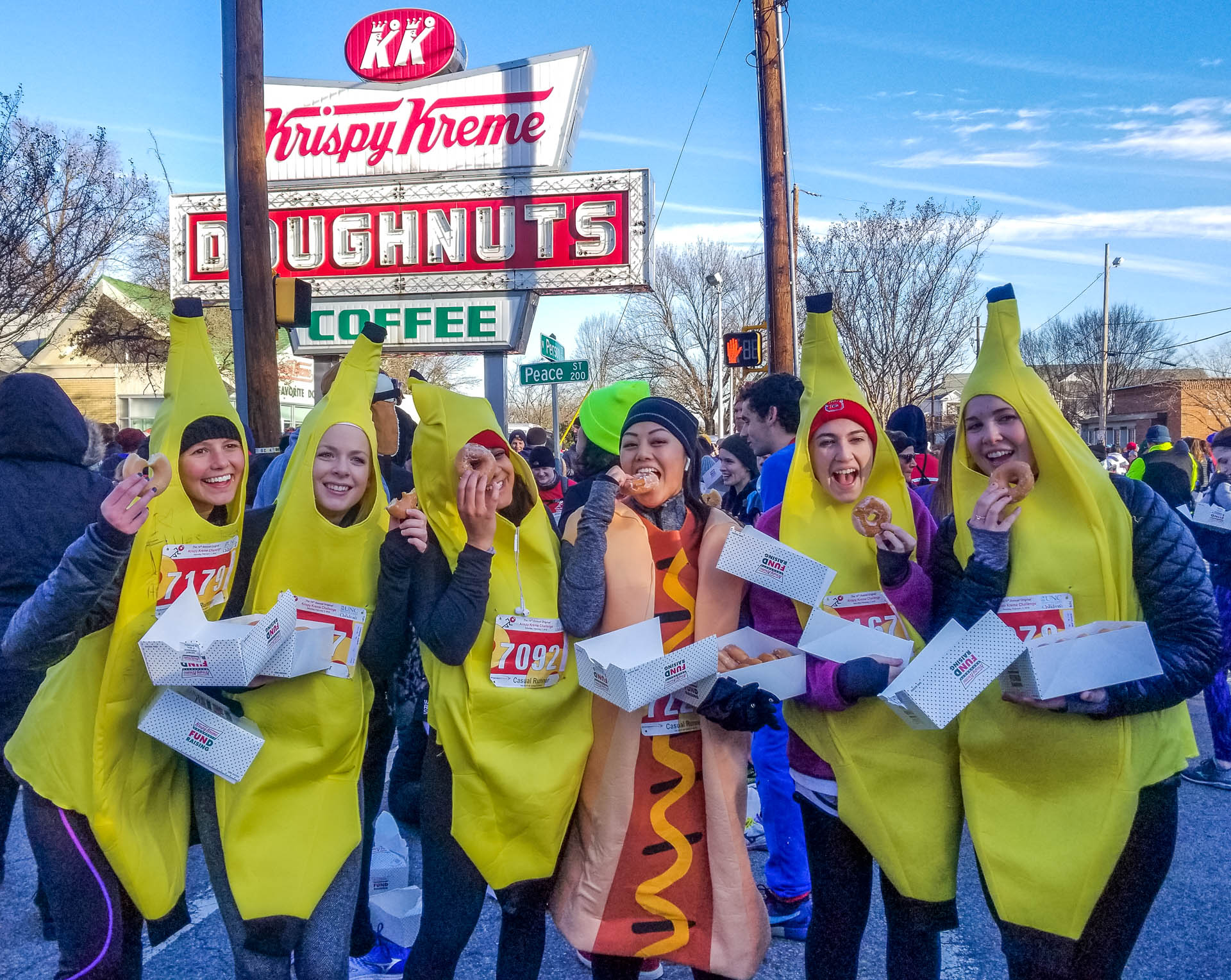 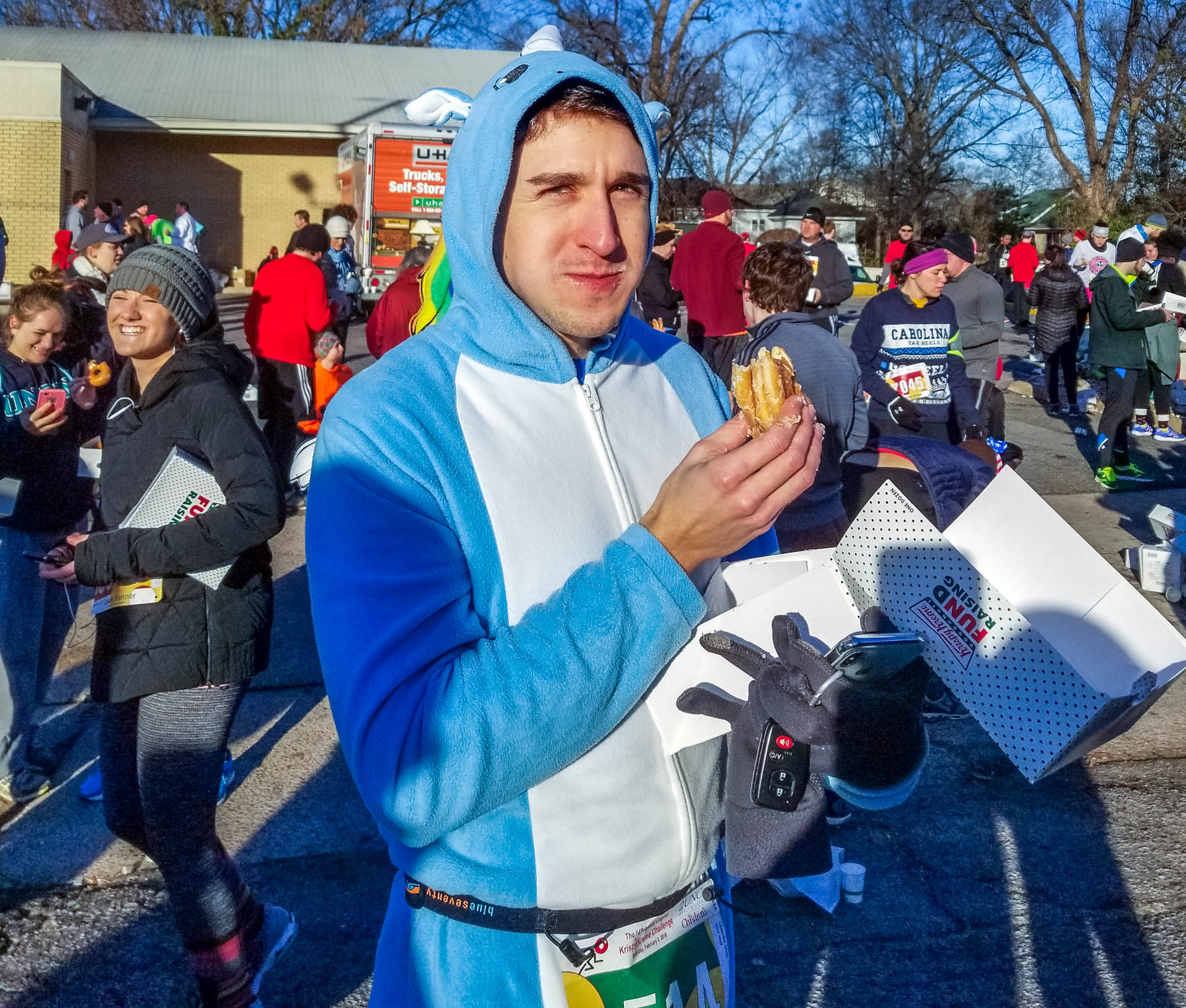 Did someone say BACON! The neighbors just beyond the Krispy Kreme doughnut stop were handing out a bacon chaser. The signs, the cheers and the bacon are all additional components that make this race so much fun. And the trash on the ground? The race organizers thought of that too – “The Krispy Kreme Challenge is a Sustainable Event Champion, the highest level of event certification given by the NC State Sustainability Office. This certification was achieved through a steadfast dedication to sustainability and stewardship throughout the entire process of planning the Krispy Kreme Challenge.”

And then there are these guys – remember when I said it was 21°F outside? I was freezing in multiple layers and they ran the race in little more than their shoes. Not everyone has the doughnuts to pull that off. Congrats! 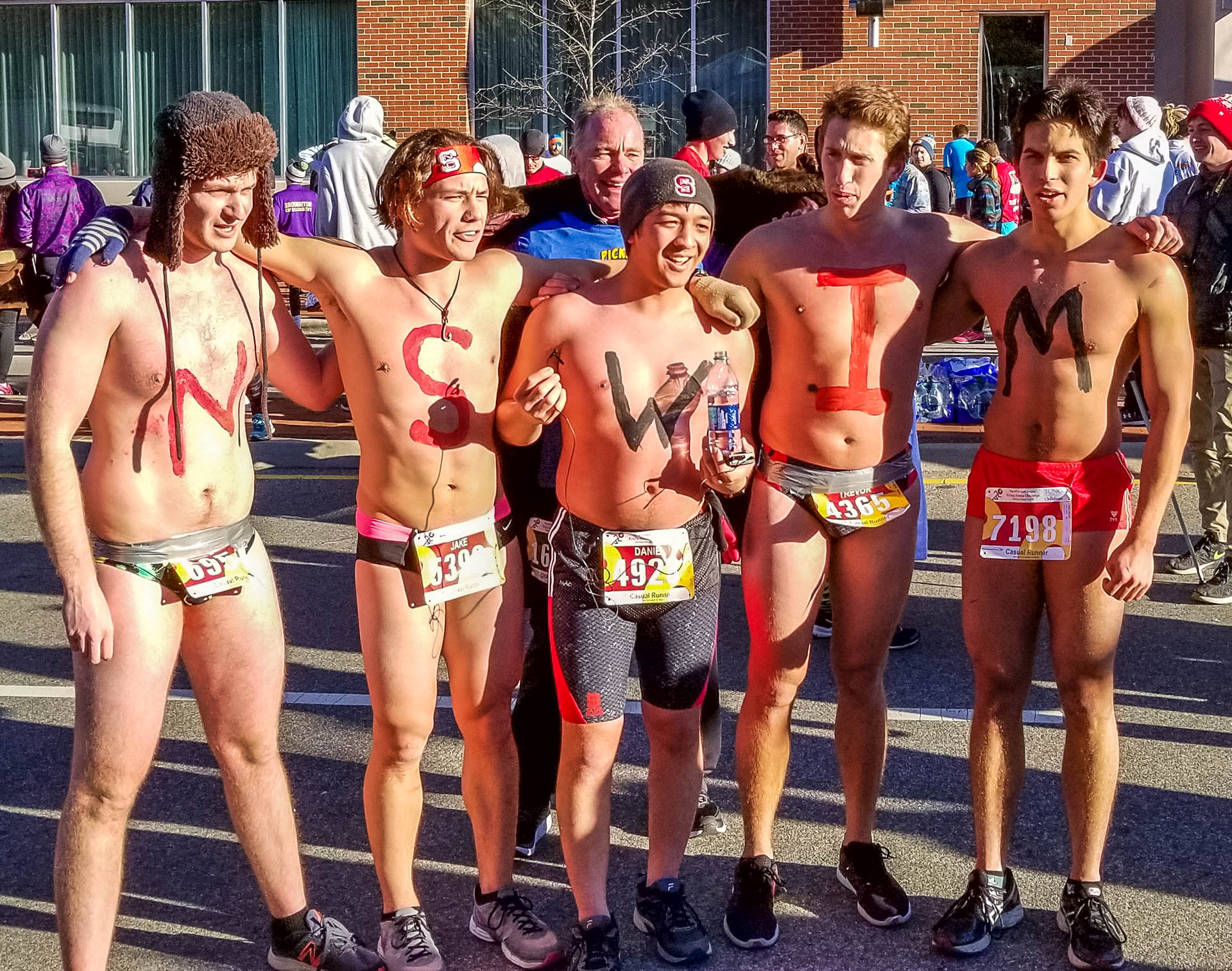 And a look at the finish line back at the Bell Tower – the run by my watch was about 4.8 miles and it took me about 48 minutes (sans doughnuts). Yes – I will run it again. No – after eating the doughnuts once I will not do that again. Yes – I highly recommend the Krispy Kreme Challenge for serious and casual runners. It is a fun race, done right and for a great cause in Raleigh. That is a great combination. 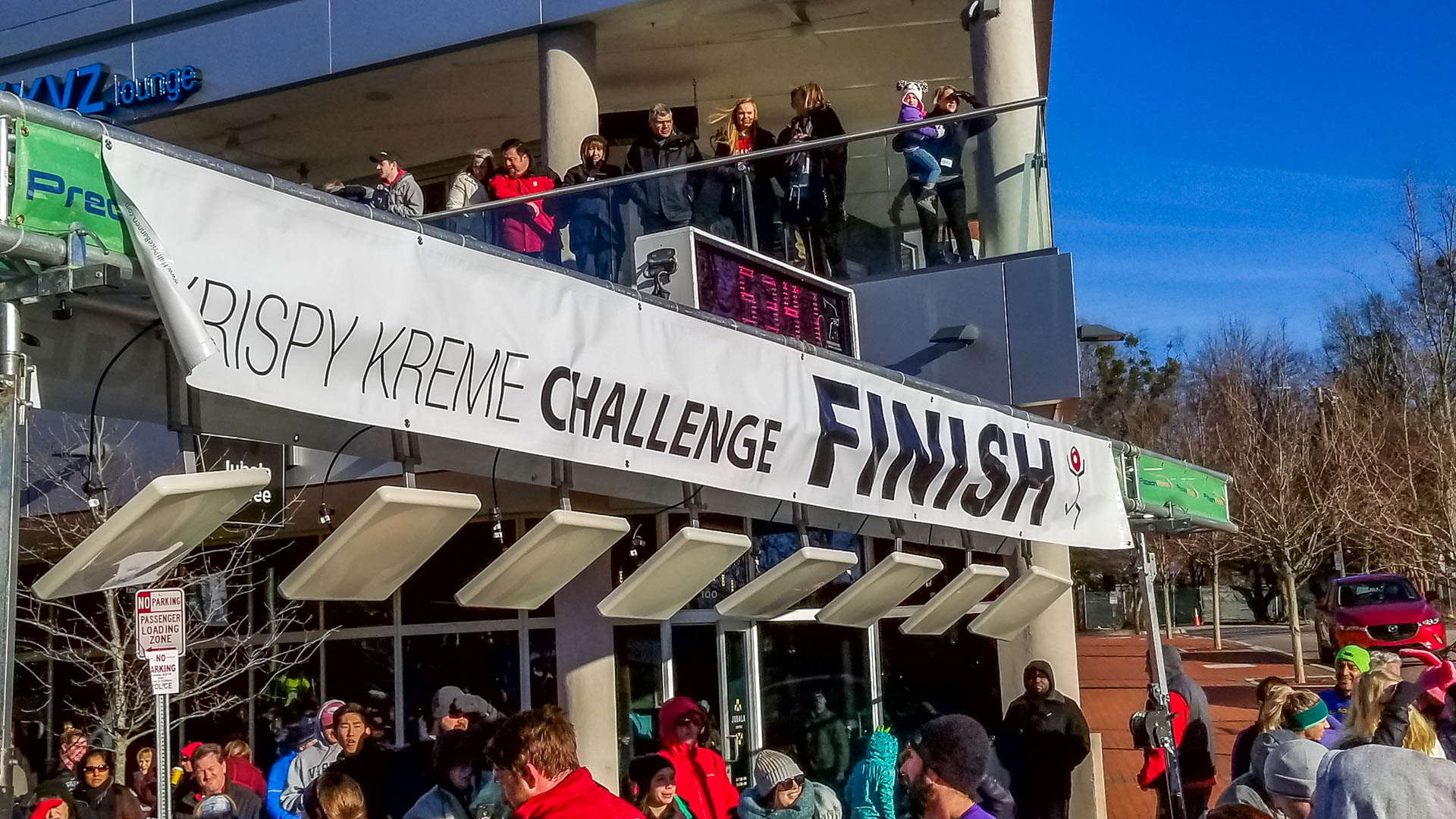 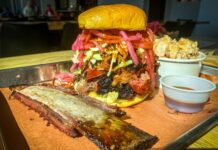 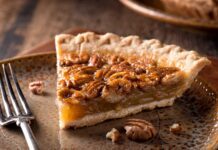 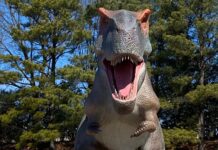 Have you seen the new @elfcosmetics and @chipotle

The Full Nelson. A sandwich with a Beef rib, slice

Enjoying the @wafflehouseofficial smackdown from @

Did you know you could win a prize just for dining

Any @alpaca_chicken fans out there? Love them for