Last year the famed statue of Sir Walter Raleigh held a banjo – this year he was given his own banjo stand – a detailed canopy of banjo parts creating an intricate design. And yes – supposedly last year’s banjo was stolen or perhaps discarded in hopes of creating a viral campaign about the bandit. I think someone decided that if you are placing a $25,000 piece of artwork around your statue it is acceptable to remove the cardboard banjo you made him wear last year. So until further evidence pops up like a picture of the statue with both last year’s banjo and this year’s banjo stand I am going to call this one a hoax.

With quotes like this “I had just donned my banjo when some cad ripped me off – literally!” the statue said in a statement released by city officials. “I implore you cad; return my banjo so that the entire World of Bluegrass can enjoy it!” from Walter himself and the city not seeking to prosecute the thief? I think we know what is going on here. 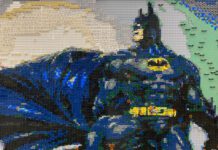 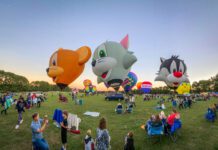 The new Cheerwine quesadilla from @dankburritonc i

Things that I am super excited about! @unionspecia

One of my favorite places for coffee in Raleigh is